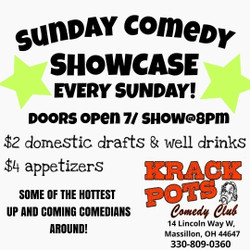 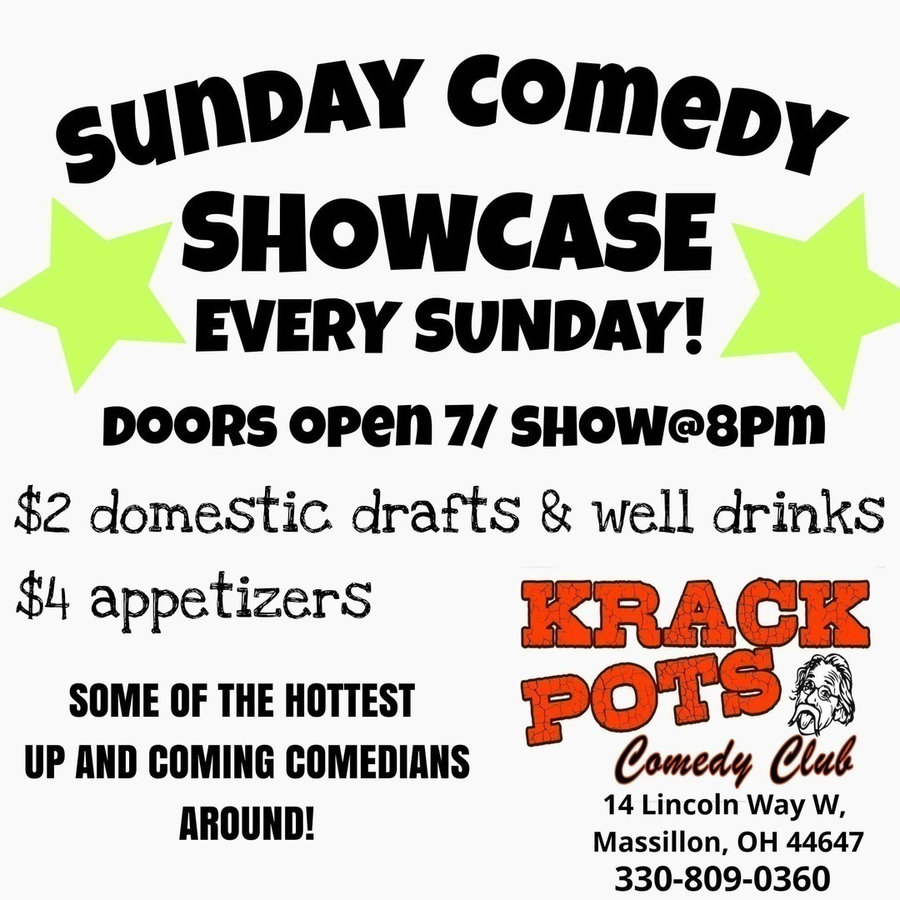 It's back and bigger and better inside the showroom at Krackpots Comedy Club in Massillon, Oh. starting on Sunday, July 25th

You never know who will pop in. This showcase of local and regional comedy was started over 3 years ago in Akron and now it comes to it's new home in Massillon at Krackpots Comedy Club.

Sundays at Take Ur Rx comedy Showcase have gained a reputation for having anyone from a first timer to a professional comedians stop in and it's just a matter of time before Massillon gets it's first drop in. You'll want to be sure to see every minute of this hilarious showcase.
There'll be USD 2 drafts and The Foolish Kitchen will be serving hot food till 9pm