Back to Lisbon forum

Hi I've just joined and need a question answered by any open minded person.I'm a worldwide Entertainer performing in 22 countries but I fell in in love with Lisbon I want to buy an apartment near or in Cascais I've been going back and forth for the last 7 years.But Ive been reading forums saying about racial tensions police and other stuff I have NEVER had any problems in Cascais or Lisbon but now I'm slightly worried.I'm financially secure just want a peaceful quiet life cause as great as London is its a lot of stress living here.....and getting a bit dangerous as well. Would LOVE anybody's opinion thank you. 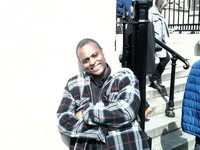