Back to Germany forum

Racism in Germany - how bad is it?

I just read a story on Spiegel online which shocked me: According to a new study, more than 14% of German teenagers can be considered as "anti-foreigners", while more than 5% fall into the category of the righ extreme with Nazi-tendencies.

To me - this is just another example of human ignorance, but for a foreigners living in Germany, these numbers are pretty scary!

What are your opinions and personal experiences with the way Germans see foreigners? 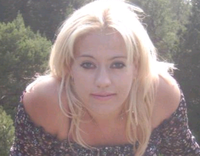